The sports betting industry just continues to grow throughout the World, but it’s still not a legal option for everyone. For those that don’t have the ability to bet or don’t want to, office pools provide a terrific alternative.

When it comes to office pools, brackets continue to be the most popular format. The concept of a bracket pool is incredibly easy to understand, and this type of game can be enjoyed by even those who know nothing about sports.

Of course, the best time to fill out a bracket is during the NCAA Men’s Basketball Tournament. This event is known as “March Madness,” and brackets have become such a huge part of the success of this tournament.

Not only is participating in a bracket pool fun, but it’s also a chance for you to set up your own pool and invite all of your friends or coworkers. This can actually be an option for you throughout the year as bracket pools can be set up for all other professional and popular sports.

Every sport will provide some different and unique options when it comes to a bracket pool, which gives you some options when setting up these pools. This can now be done more effortlessly than ever as OfficeSportsPools has all the tools to help you out.

There are close to 70 million brackets filled out every year during March Madness and thousands of others at other times of the year. A small fee is usually charged when putting together a bracket pool, and you can actually use this as a small business.

Even if you still want to keep this small and more of a fun contest for your friends, you can still use our tools we provide to make this a better experience. Using OfficeSportsPools will give you the tools to set these contests up, but you will also still have some freedom and creativity.

It’s already been mentioned once, but it needs to be repeated before getting too far into this discussion of brackets. Bracket pools are commonly found during the NCAA Tournament, and this is when you will get the most participation.

Many people budget a certain amount of money for the NCAA Tournament, and some of that money will be earmarked for entry fees. March is the best month for college basketball fans, but it’s also fun and exciting for people who love bracket pools.

Part of the reason bracket pools are so popular during March Madness is that this tournament is always unpredictable. This makes filling out a bracket much harder to do, and it also levels the playing field for anyone that submits a bracket.

March Madness has become a cultural event, and it’s much bigger than the action that takes place on a basketball court. Because of that, you will see people entering brackets and then having no intention of ever watching a basketball game.

The NCAA Tournament bracket is made up of 68 teams, and it can be pretty tough to keep everything in order and track the results. This is why you will need to lean on OfficeSportsPools because they can do all of the challenging work for you.

The old ways of running a bracket pool with everything being done on paper are incredibly outdated, and that way just takes too much time. Most people don’t even enjoy filling out a bracket by hand anymore, as filling one out online is the best way.

Make a Plan For Your Pool

There are certain aspects of running a bracket pool that OfficeSportsPools can’t help you with, as there is some background information that you must provide before the games begin. If you are going to run a successful bracket pool, you will have to come up with a solid plan.

This is usually the part of running a bracket pool that people get incredibly wrong as they wait too long before thinking about this. Trying to put together a pool on Selection Sunday is simply too late, and it won’t give people enough time to join.

You should probably start thinking about setting up a bracket pool as soon as the New Year begins, or at least at some point in February. Start sending out invitations as early as possible, and then continue sending reminders to those who want to join you.

The one part of this that OfficeSportsPools can help you out with planning is that you can keep your pool up and running for the following year. After you have laid the groundwork, you won’t have to spend time setting everything up next year.

Below are some things that you will want to consider when making a plan for your bracket pool.

You first need to determine the entry fee that you are looking to charge everyone who wishes to enter. This needs to be a reasonable entry fee as the main goal is to get as many people into the bracket pool as possible.

It’s usually a good idea to pick an entry fee that can be easily collected, so using multiples of five or ten is an excellent way to go. You also want to consider how many people you want to get into your pool, as the entry fee will likely determine that number.

After establishing your bracket pool, you can always increase your entry fee over time, but you want to start out low. Along with determining your entry fee, you also want to establish the maximum number of entries a single person can have.

The standard bracket pools at OfficeSportsPools limit a person to just two entries, but that’s something that you can customize. The one thing that makes March Madness brackets different from others is that most people enjoy filling out multiple brackets.

Once you have the entry fee and a maximum number of entries set, you can start sending out those invitations to anyone interested.

Before you start inviting anyone to join your bracket pool, you will have to establish how you are going to score this contest. Some people will refuse to join a bracket pool if the scoring system used is not one that they like.

OfficeSportsPools can help you with this part of the planning as there are some standard scoring options that you can choose. You can also develop your own scoring system, but that’s just creating more work for yourself.

This type of scoring rewards entrants for picking the teams that advance the furthest in the NCAA Tournament. There is also another way to go, where you’d reward those who correctly predict upsets.

Some people prefer handing out one point per seed line, and those points can add up quickly if a tournament has many upsets. As long as this information is communicated before the NCAA Tournament begins, everyone should be okay with the scoring rules.

As a reminder, OfficeSportsPools will take care of all of the scoring for you, and you don’t have to worry about checking brackets and adding up the points. All you need to do is sit back, enjoy the games, and check out the leaderboard we provide.

The final part of your plan will be to determine the payout amounts for each place in the bracket pool. This is done in several different ways, and you also have to decide if you want to take a part of the cut or not.

You can charge a “fee” for setting up and running the bracket pool, or you can put all of the money back in. It’s really up to you, but you should communicate this to participants well before the NCAA Tournament begins.

If you are going to put it all back into the pot, you will be tasked with deciding how the prize money is set up. Some pools will award the champion all of the prize money, while other times, that will be split up between a certain number of places.

OfficeSportsPools can help out with this, but we won’t actually make the payments. We can keep track of the payout percentages, though, and that information will be displayed when everyone logs in to check the standings.

Most people tend to think of a March Madness pool being offered before the NCAA Tournament begins, but that’s not the only option. One of the biggest reasons some people get frustrated filling out a bracket is that they can be out of the running by the end of the first weekend.

If you really want to step up your game, you should think about having another bracket pool after the first weekend is complete. Offering another chance when the Sweet 16 is set will give players a chance to get back into it, and it can also provide new opportunities to make some money.

OfficeSportsPools can help you out with this, creating a new bracket for the Round of 16. You will still want to plan ahead for this and have all of the background tasks taken care of so that your participants can have a good experience.

Other Sports Can Be Offered

Even though college basketball is the top sport when it comes to offering bracket pools, that’s not the only option. This type of pool doesn’t work out well during the regular season, but it’s a great option during the playoffs.

The biggest sports in the United States are NFL football and NBA basketball, and soccer is obviously massive worldwide. Setting up a bracket pool is a possibility when it comes time for big tournaments or postseason events.

The one thing that is slightly different about bracket pools for NBA or NFL Playoffs is that the bracket will be much smaller. The NFL has started to expand playoffs, but you are still going to have 16 teams or less.

There are also series that are played in the NBA and NHL, which can make things a bit difficult. If you are going to have a bracket pool available for either one of the sports, you will have to weigh the rounds.

OfficeSportsPools can also help you set up these bracket pools, and we have formats you can use without having to do much work. Be sure to check out our complete list of options before setting up a bracket pool on your own.

Our Software Can Be Helpful

Running a bracket pool contest is not a new concept, but this type of contest is now improved and better than ever. Our software here at OfficeSportsPools can do so many wonderful things to make this a more enjoyable experience for yourself and anyone who is going to enter your pool.

Not only will our software make this experience easier and more enjoyable, but it is also a much safer option. Everything is stored on our platform and all of that information is safe and secure.

There is a big risk of losing a paper copy of a bracket when doing a pool by yourself, which can ruin the entire competition. Keep everything safe and secure online at OfficeSportsPools, and let us do all of the hard work for you.

You come up with the plan, and we put that plan into action. 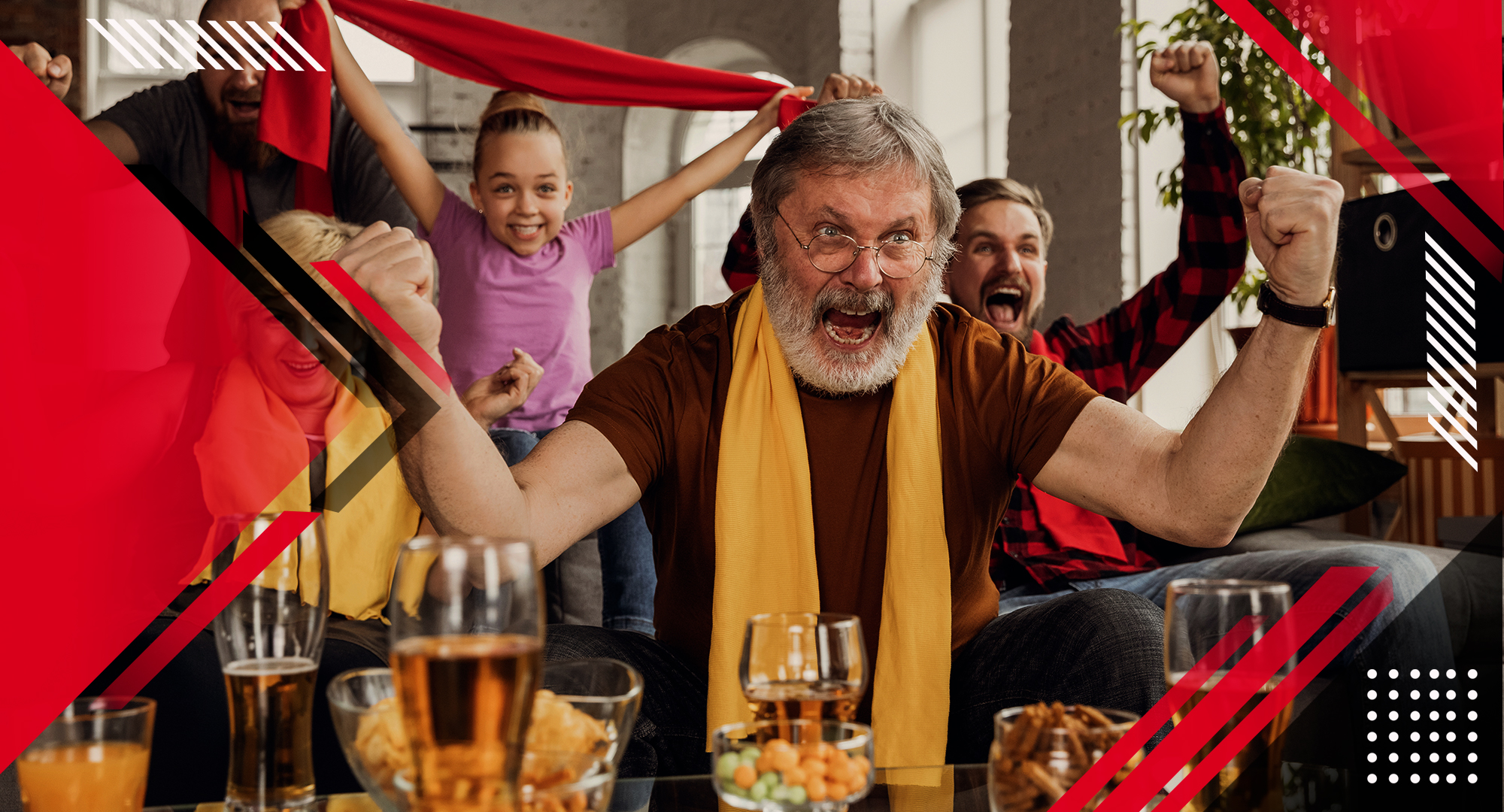